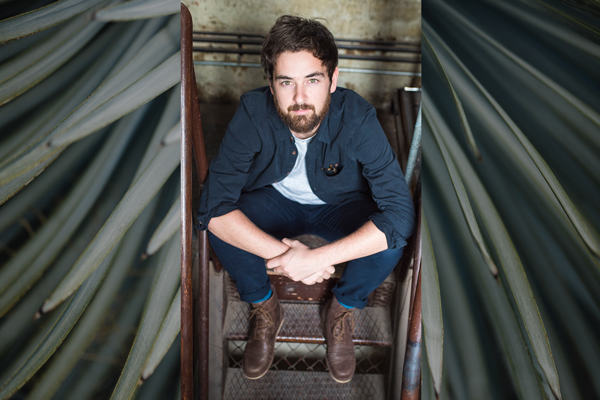 In January 2018, Edward Cavanough left his home and embarked on a 20,000 kilometer, 25-plus country overland journey from Adelaide, Australia to London, England.

His travel project ‘One Road To London‘ seeks to inspire ‘a fresh perspective on a global adventure, exploring some of the deeper issues, cultural quirks and environmental oddities that stoked my wanderlust, as well as providing a genuine insight into the good times and the bad that an odyssey between antipodes offers its protagonist.’

We sat down with Edward and talked about the ups and downs of experiencing travel from his unique and inspiring approach. 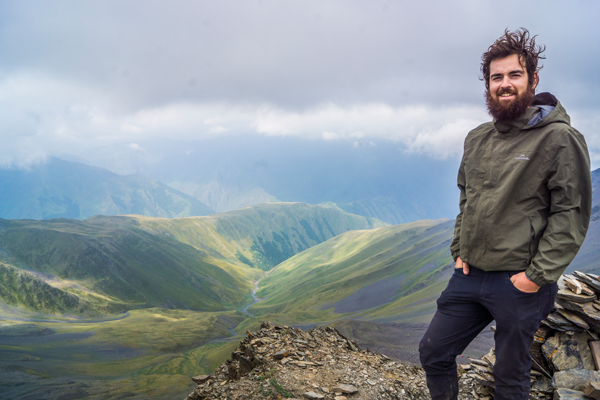 What spurred you to take this journey, and how did you settle on the route taken?

The One Road to London trip was borne of a simple childhood ambition: to travel to my country of ancestry, England, from my hometown in southern Australia, via everything in between.

My own background is linked to the very first European settlemen of Australia. I’ve always been curious in the human element of those historic journeys across the world to a foreign, unknown land. But they’re not unique to history books – similar stories are often found in the memories of today’s Australian community.

The multicultural Australia I was born into is intrinsically linked to the peoples, cultures and histories of that great, near-unbroken landmass between the British Isles and the Australian continent.

So, before I left, I spent several months getting to know more of my fellow Australians whose own origins spanned that landmass. I met a Georgian chef from Tbilisi, a Malaysian engineer, a Mongolian throat-singer who had once performed to the Queen of England, a Chinese PhD candidate, a Kyrgyz mother of three, a Bosnian refugee, and many others. I learned their remarkable, often harrowing stories. It was the places of origin, the families, and the friends of these fellow Australians that served as my beacon while I crossed the planet.

So while the trip was born of my own desire to get a sense of our world, it was also about getting a better sense of my own country and the origins of the people who call it home. 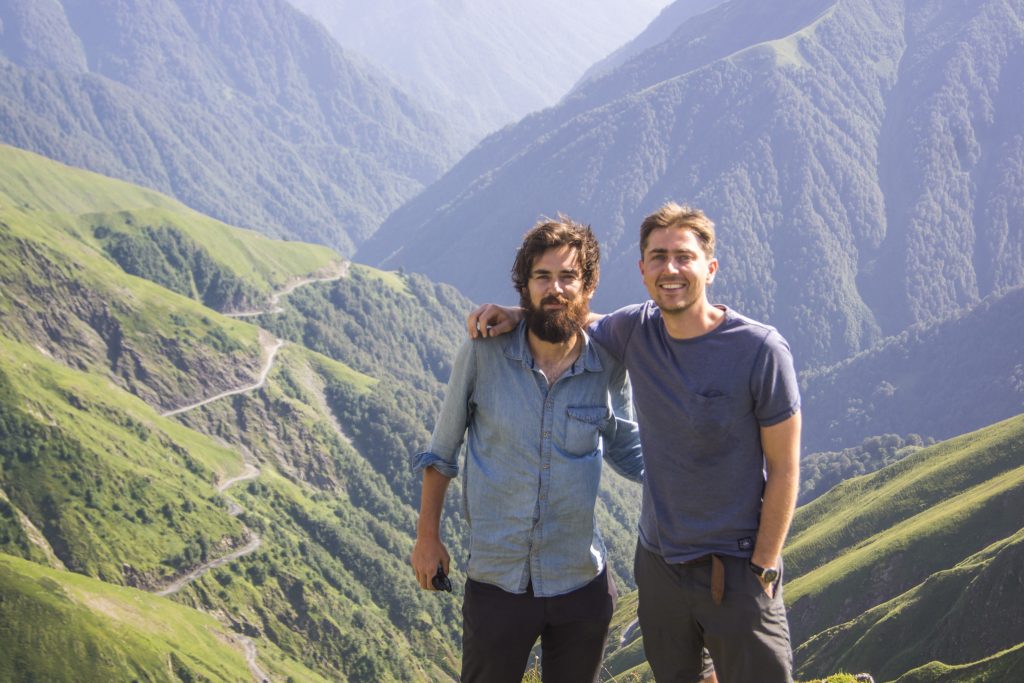 What country or area most challenged your initial assumptions?

Two places come to mind, and for entirely different reasons.

The first is Australia’s remote far north. Some places I drove through on the earliest days of my trip were among the most confronting. Australia’s far north is still subject to atrocious poverty and economic malaise you’d never imagine in a country as advanced as Australia. Tennant Creek, a mid-size town in the middle of nowhere, was literally ablaze when I arrived, with a bushfire threatening the caravan park I stayed in.

The ominous black smoke was a fitting accompaniment to the utter desolation of the town – the profound homelessness, alcoholism and general disenfranchisement that any passerby can see.

A half day north of Tennant Creek, I was first on the scene of a truck crash. With no phone reception, we were two hours drive from the nearest town, where I was to report the crash. It meant the poor truck driver would have to wait four hours sitting next to his upturned rig until help arrived. The town where I reported the crash had a population of 9. Not long after I visited, that was down to 8: one of the residents murdered another. It highlighted the challenges of basic governance in such remote environments, despite being in the world’s 12th largest economy.

Afghanistan was also a perspective altering experience. It wasn’t just because the local people in Ishkashim were so welcoming. It was just because they were so familiar to me. One evening, I dined with a large group of wine-drinking atheists, one of whom was running for local political office on a campaign of better infrastructure, education and security. These were renegades – cultural rebels uncomfortable with Afghanistan’s religious orthodoxies and insecurity – who were trying their best to change their country. It was an inspiring visit, and nothing like I expected. 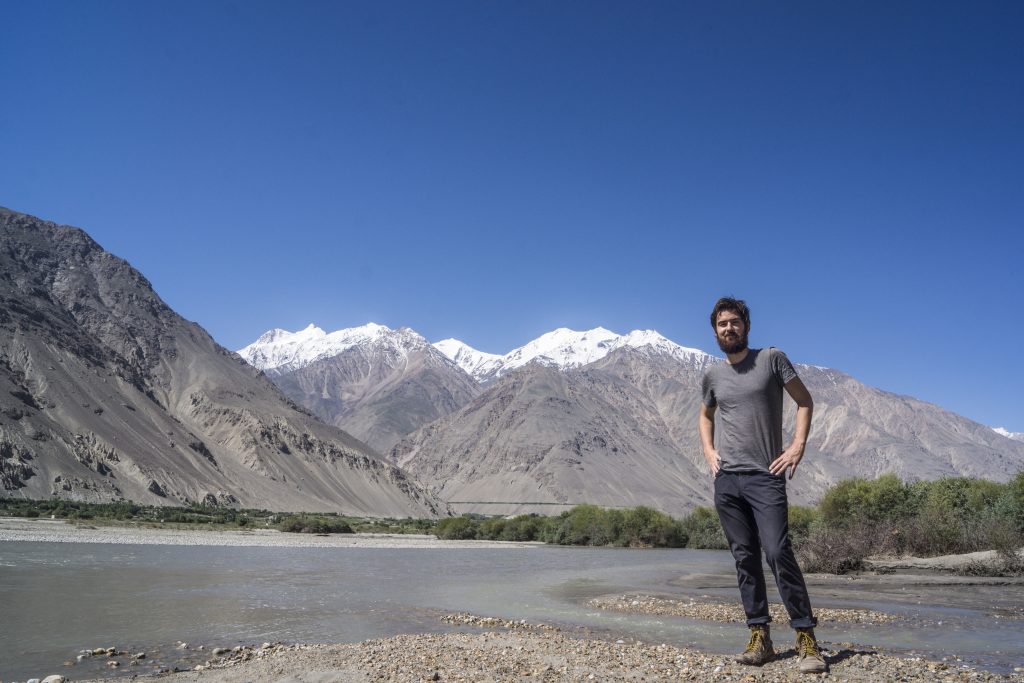 What was one piece of gear that you couldn’t live without? Anything you thought you needed but could have left behind?

The two most important things to travel with on this kind of trip are also perhaps the most boring: plastic bags, and rubber bands. For whatever reason, they’re near daily essentials. By the end of my trip, half my gear was held together by rubber bands, and protected from rain storms by tattered plastic bags I’d stuffed in my pack months prior.

In terms of gear, my compass, a heady supply of pens and paper, and of course my dated DSLR were everyday necessities.

I traveled with a few too many camera lenses and a drone – neither of which got a great deal of use. All were annoying to cross borders with. You can tell equally powerful stories with a simple camera and succinct prose. So next time, I think I’d aim to go lighter on the high-tech gear and aim towards a more nimble, inconspicuous set up. 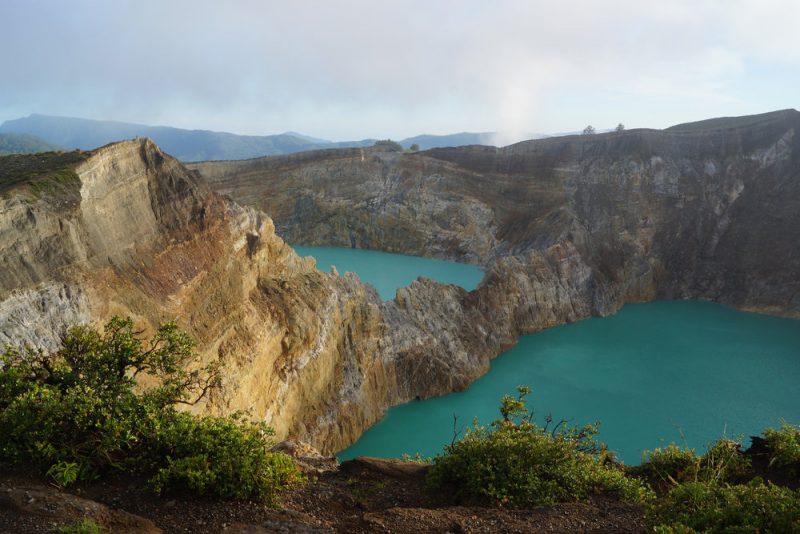 Where there any unforeseen circumstances that could have ended your trip early? How were you able to solve the issue?

My passage across the world was remarkably unhindered. I met the odd person who’d been impacted by theft, violence or other misfortune, but nothing happened to me that was significant enough to seriously threaten the trip overall.

There were a few times where I had to change course though, sometimes dramatically. Despite ticking every visa box, I was banned from visiting Turkmenistan (and told I’d never be granted a visa). It forced me to abandon my original route and continue west to the Kazakh shores of the Caspian Sea, where I’d catch a ferry to Azerbaijan. The only issue? The ferry never arrived. It left me stranded for a fortnight in Aktau, Kazakhstan, until I had to make a heartbreaking decision to take a 30 minute flight over the sea. 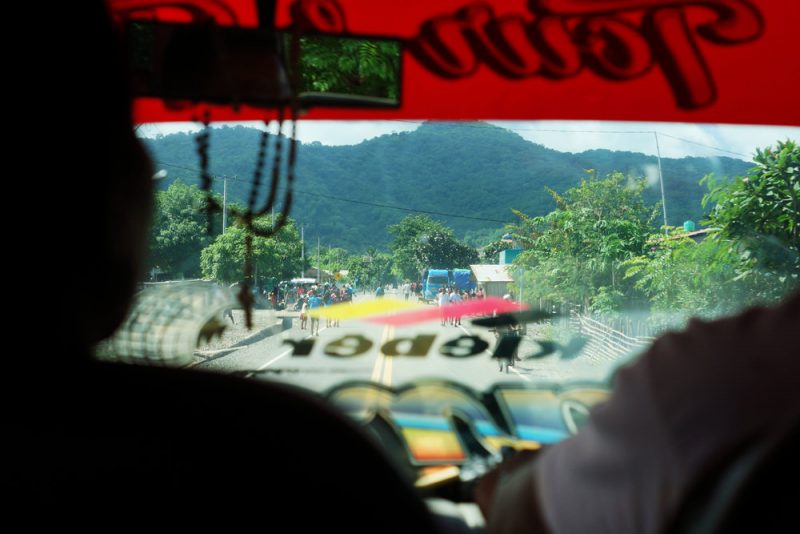 Is there anywhere you’d like to revisit for a longer experience?

I’m lucky in that the place that I found most striking is also close to my home. Travelling across Flores, Indonesia was one of my highlights of the year. It’s a remarkable island, culturally different from much of Indonesia, relatively unspoiled, dotted with soaring volcanoes and black sand beaches, and considerably under-visited – especially in its east. I’ll be back there as soon as I can. The best hiking I’ve done in my life was along the Georgian-Chechnya border. I could have gallivanted around those mountains for months – perhaps, someday, I will.

You must have spent a lot of time with your own thoughts, is there anything you learned about yourself on this journey?

Travelling deep into the Nujiang Valley on China’s border with Myanmar, I spent a fortnight with no proper conversation. The same went when I was wild-camping in the Albanian Alps or in Kosovo’s Sar Mountain range.

Travelling almost exclusively alone taught me my limits. It bolstered my ability to tolerate tricky situations. But I also learned the value of the relationships I had back home, and about how much pleasure there is in things so simple as witty, free-wheeling conversations in your own vernacular. I learned what not to take for granted. 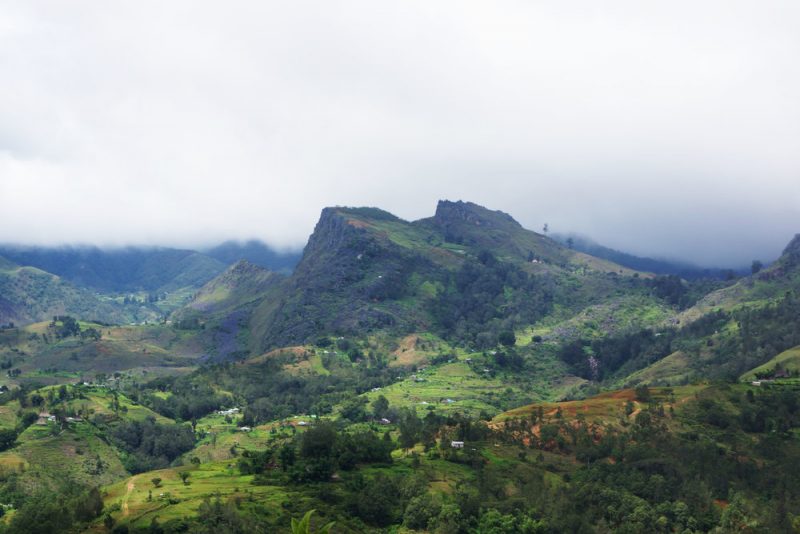 What advice would you have for someone looking to follow in your footsteps?

A conventional answer might be to just go and do it. But there’s a bit of a myth about long-term travellers – that they’ve spontaneously left their life of stability for one on the road. Actually, most people you meet travelling long-term have a firm plan, a goal, and are well prepared. It’s important to have a theme or some sort – a bigger project that guides your trip and gives it purpose. I’ve met people who’s themes ranged from exclusively hitch-hiking to trying to take a cooking class in every country on earth. For me, it was a journalism project that provided me a broader objective. It was through that lens that I viewed my entire trip. My main advice is to find an outlet you’re passionate about and try and let that guide your every move. Just make sure you leave room for spontaneity, too.

Are you happy to be back home, or do you wish you could extend your trip even farther?

I’m thrilled to be back home – not only because I love Australia, but it gives me some time to plot my next moves and future travels in my own country, South East Asia and the Pacific – parts of the world I still have so much to explore.

What do you feel are the most important take-aways from an adventure like this?

At the end of the day, there’s one core lesson everyone learns from travel: that the world, after all, isn’t such a scary place. Headlines are often filled with the malicious actions of a minority of bad people around the world. But it’s just so rare to encounter these types of behaviour almost anywhere you go.

My journey spanned 36 countries. My one encounter with ‘theft’ was in Mongolia when a homeless man snatched a newly bought bottle of water out of my hand and drunk it in desperation. Some say I got lucky because I didn’t experience violence or threats – but the more travellers I met, the more I realised my experience was the norm, not the exception. There are real dangers in the world, for sure. But don’t let them stop you exploring. 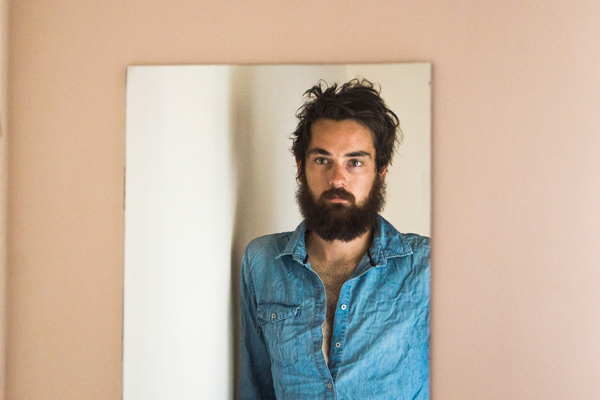 What surprised you the most on your travels?

The last time I’d been overseas before this trip was in late 2017, when I travelled to a remote island in Vanuatu on an assignment. While on the island, I felt profoundly out of place, uncomfortable and, frankly, isolated. I feared this would be a constant on the longer journey I had planned for 2018.

But it wasn’t. I was surprised at how, almost everywhere I went, I felt at home. Most of the world doesn’t seem so foreign once you’re in the thick of it and seeing people live lives that are, at their core, remarkably similar to your own. 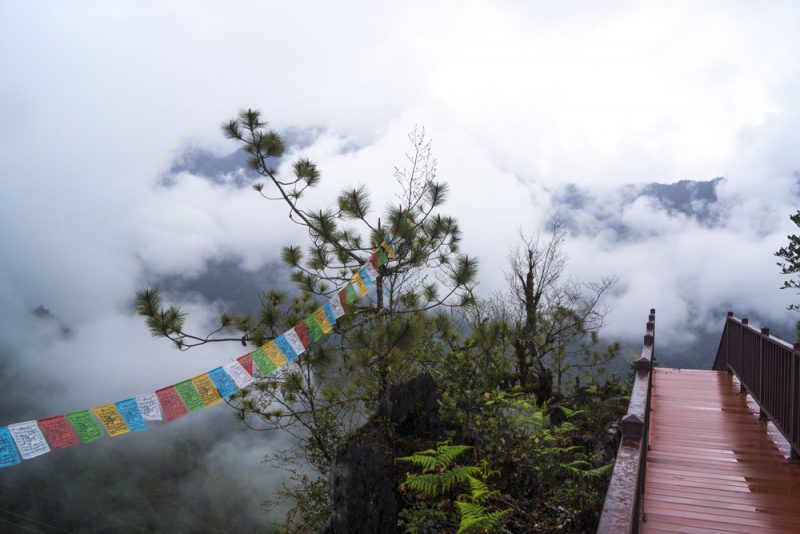 What’s your personal favorite story from the trip?

My hosts in the Tajik village of Zugvand had two kids with a passion for indoor-volleyball.

One night, a competitive rally led to the inevitable: a smashed family portrait.

I was sitting in the corner of the room, inconspicuously, and watched as the kids cleaned up, re-hung the frame and pretended nothing had happened.

They were terrified. Their dad, Bek, was an imposing man. They were a poor family. I could tell the kids desperately didn’t want to be discovered – and I promised not to tell once they realised I’d seen.

At dinner that night, the two boys smiled and giggled as if to say we got away with it. Bek hadn’t noticed the damage – and hadn’t by the time I left a few days later.

It seems an innocuous episode. But for me it stood out, as it mirrored countless memories of my own. There I was, in rural Tajikistan – just 500 meters from Afghanistan – watching a moment from my childhood play out almost scene and scene.

My worst fears as a kid were smashing a family picture or a window and upsetting my folks. I’d clean up the evidence and pretend nothing happened – often in cahoots with my brother.

The moment highlighted how you can always see your lives being lived by others – no matter where you are in the world. 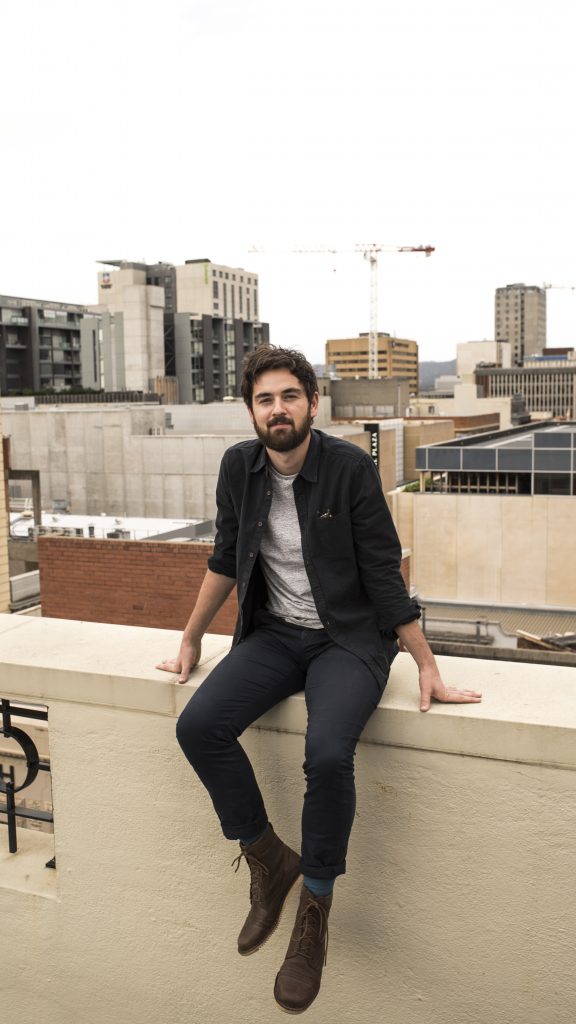 Handcrafted Boots. Made Right. In Canada.

Be The First To Know About Releases, Updates and News