10 Animals Only Found In Ethiopia

Ethiopia is one of the most unique landscapes on Earth, with lush forests, snow-capped peaks and arid deserts. As a country with such varied habitats, Ethiopia is home to many species that cannot be found anywhere else on Earth, whose endangered status highlights the need for environmental stewardship and a radical re-imagining of how we co-exist with our environment. We tracked down ten of these animals to show just what’s at stake. 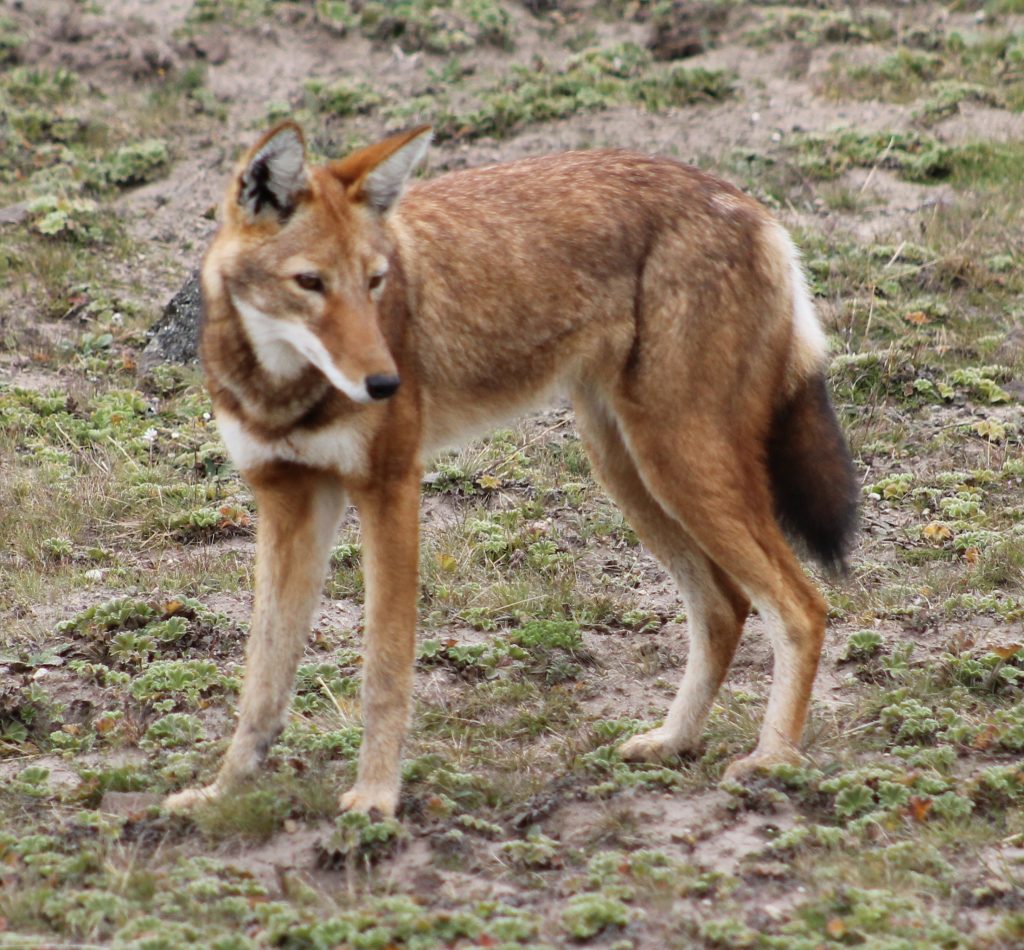 The Ethiopian wolf is one of Earth’s rarest canid species, and unfortunately Africa’s most endangered carnivore. Unlike other canid predators with large and varied diets, the Ethiopian Wolf hunts small rodents in the Bale Mountains of Ethiopia, and is totally dependent on the health of its limited habitat to survive. 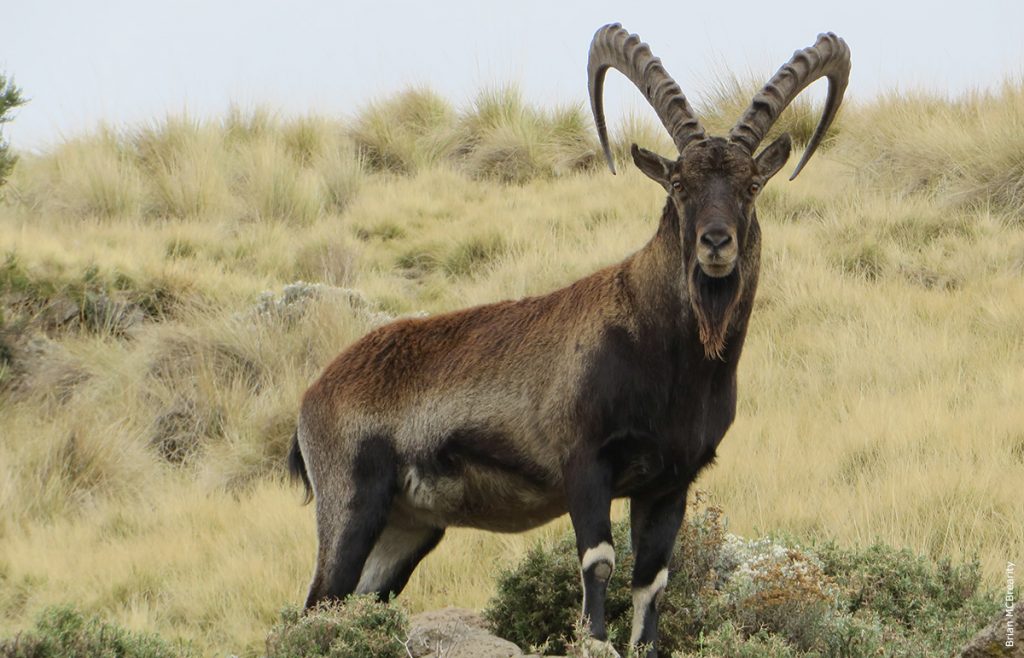 Only 500 Walia Ibex still exist in the Semien Mountains of Ethiopia, both due to poaching and habitat loss.  Numbers were actually lower in the 90’s, but constant efforts from Semien Park’s mountain rangers to create protected wildlife corridors have allowed numbers to rebound, with hope for the future. 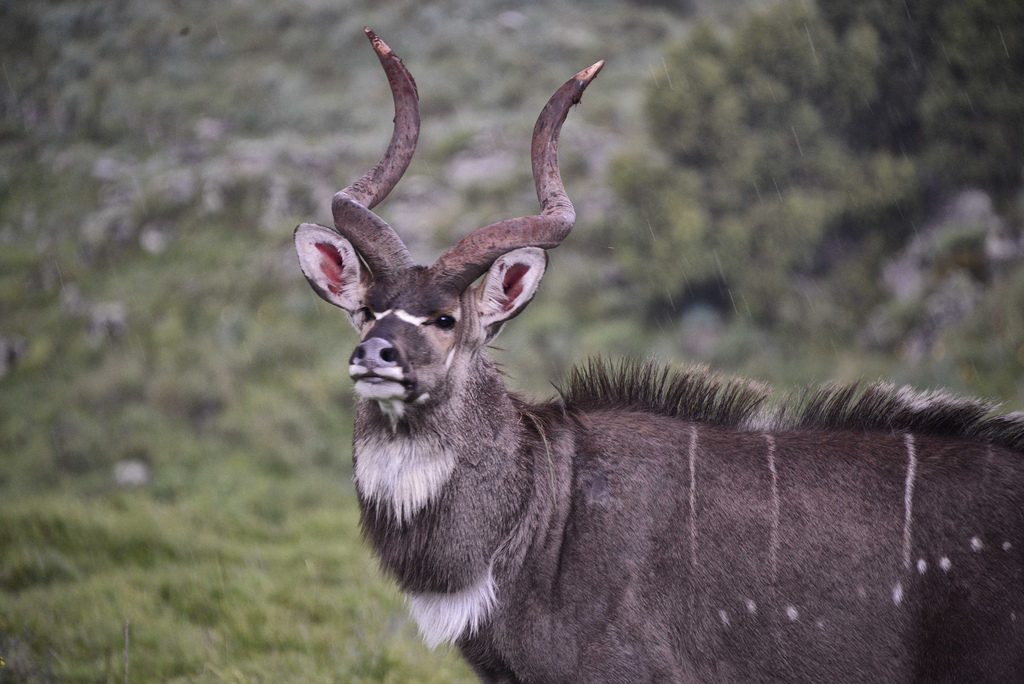 The Mountain Nyala’s claim to fame is its inclusion on Ethiopia’s ten cent coin, marking its importance in Ethiopian culture. They make their home in Ethiopia’s Bale mountain park, with most them living within only 200 square kilometers. 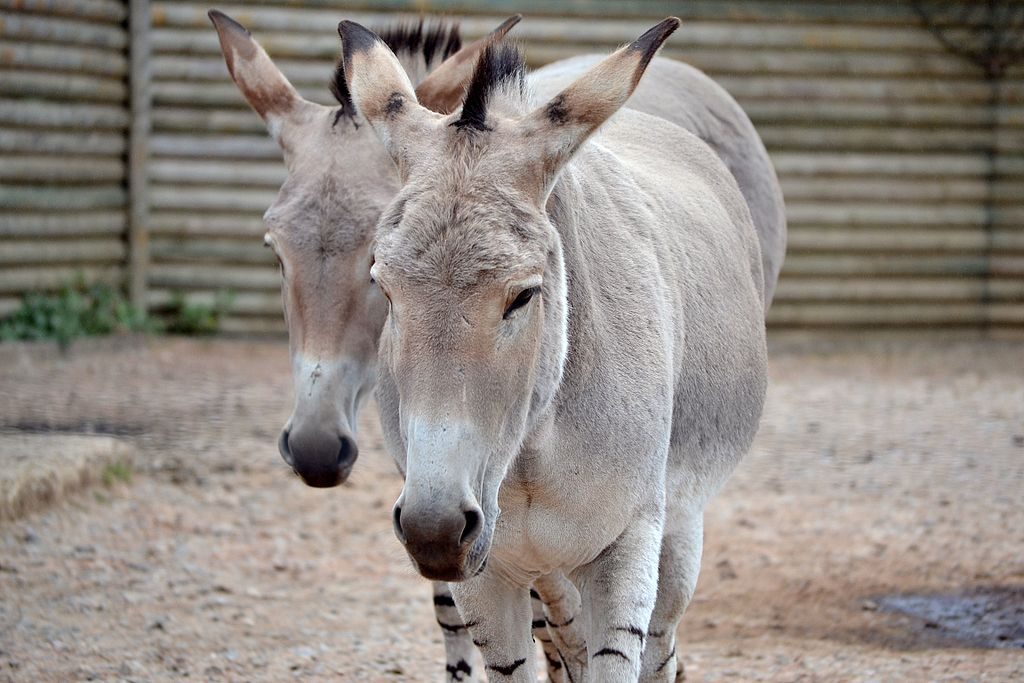 Despite once living in Somalia, Eritrea and Ethiopia, the Somali Wild Donkey is believed to only live in Ethiopia now, mostly within the Afar plains. Although their numbers are small in the wild, there are numerous captive populations around the world to ensure they can someday regain their previous numbers. 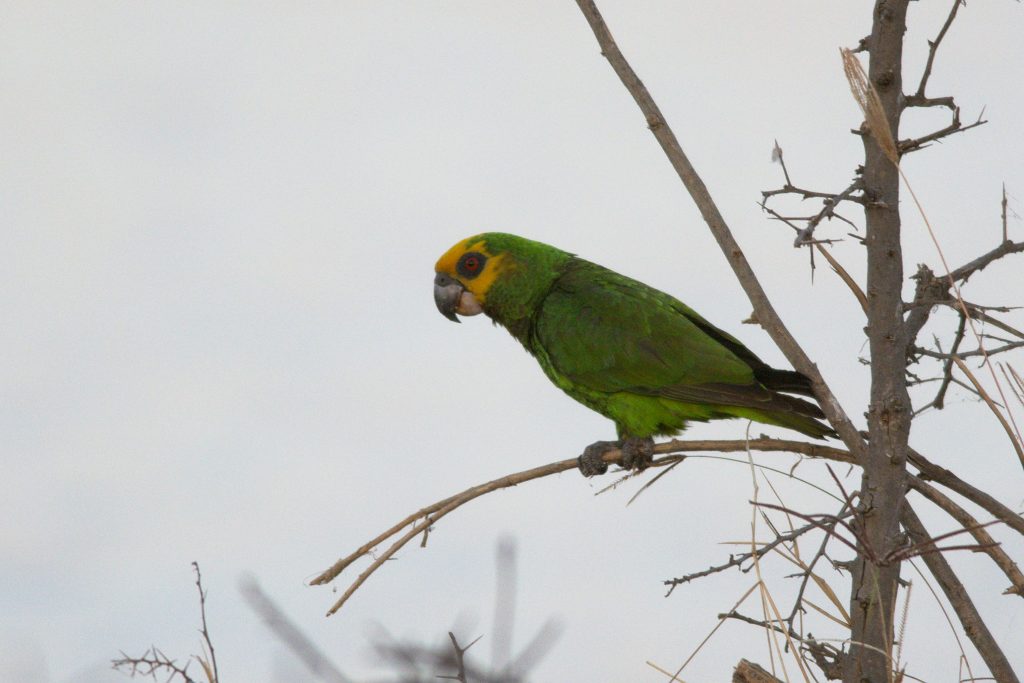 Little is known about this parrot due to its limited habitat near lake Tana in the Ethiopian highlands. 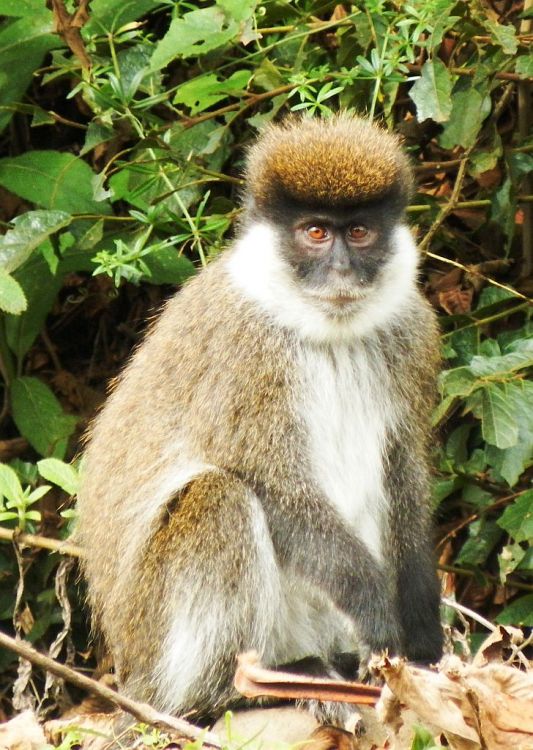 Another mysterious inhabitant of the Bale Mountains park, the Bale Mountain Vervet is one of Africa’s least studied primates. They make their homes in the thick bamboo forests of the park, and despite their remote habitat, they seem to have kept up with current fashion with their blond coif and cool-guy beard. 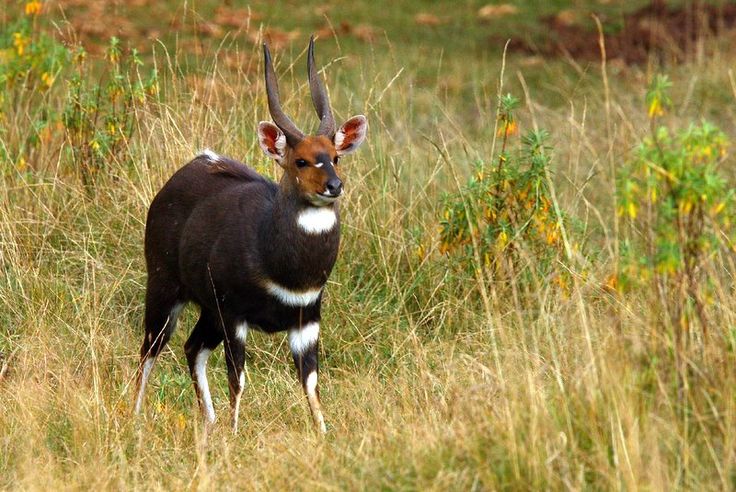 These little bushbucks are part of a sub-species found only in the Ethiopian highlands, and are very shy around humans. They are closely related to the Mountain Nyala, except they are much smaller, standing only 35 inches in height on average. 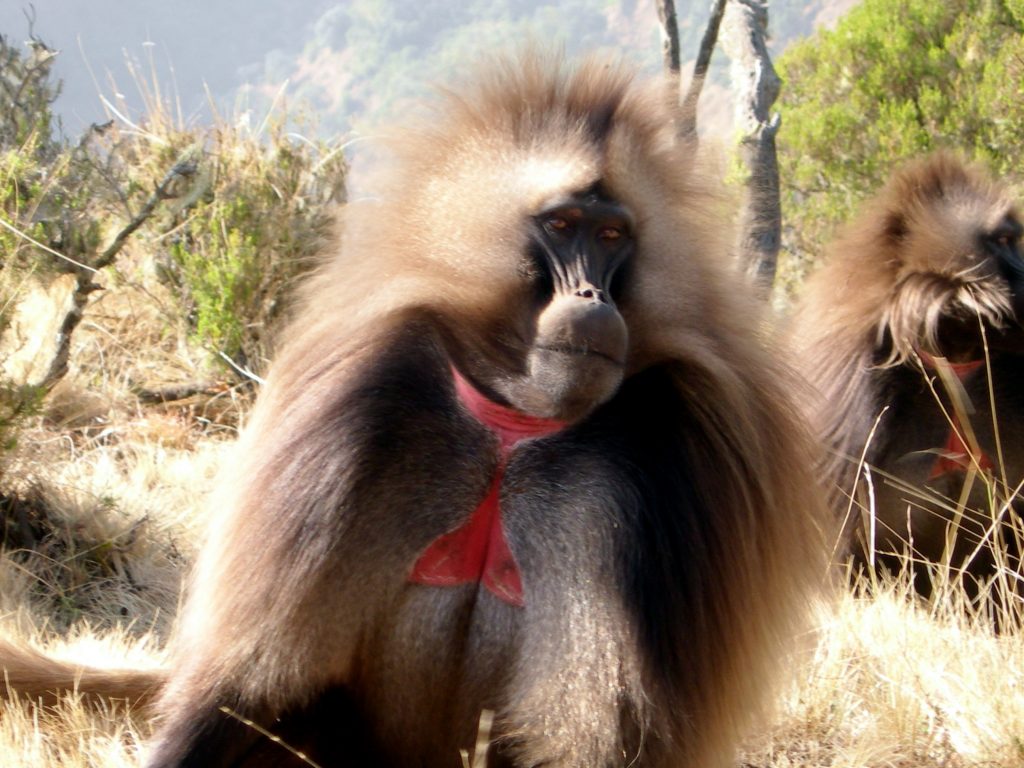 These Baboons can be found in huge numbers throughout the Simien Mountains. They are sometimes called the Bleeding Heart Monkey due to the unique red skin patch each has on their chests. They are very social animals, and will typically be spotted in huge family groups. 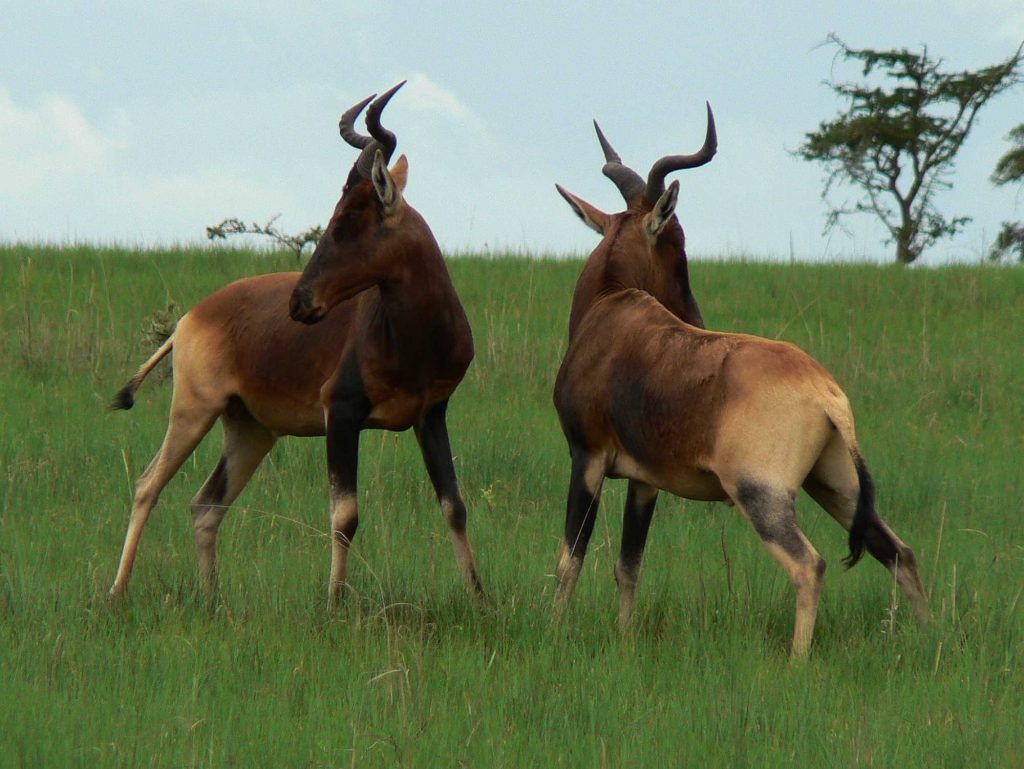 These large Antelopes are native to Ethiopia, and have been the target of large sanctuary projects to help save them from their current extinction danger. Their sanctuaries have become popular tourist attractions, which will hopefully increase awareness about their status. 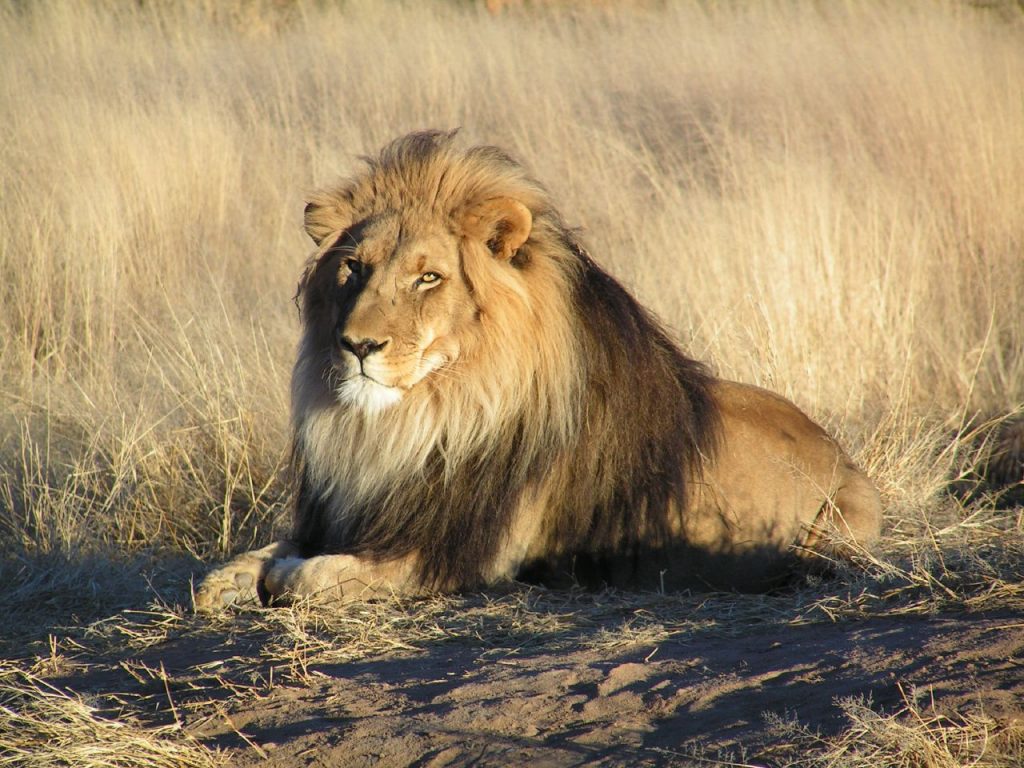 Ethiopia’s Black Lion is genetically distinct from all other Lions in Africa. They are typically found in Bale mountain park, and sport a distinctive black mane after which they are named.

It’s because of treasured animals like these and their precious environments that we as a company will continue to support environmental initiatives in every way we can, to ensure future generations will be able to enjoy the stunning biodiversity of Ethiopia, and our Earth as a whole.